Laughter yoga is a unique concept where anyone can laugh , without relying on humor, jokes or comedy. We choose to laugh for our health.  Allow me to  guide you  to rediscover your inner child, how to unlock the secret to becoming more joyful, resilient and at peace, through laughter. We initiate laughter as an exercise in a group but with eye contact and childlike playfulness. What may feel strange and contrived to you at first soon turns into real, contagious laughter.

A mindful daily laughter practice will improve the quality of your life. Do it for yourself and feel what a difference it makes!

Why is this called Laughter YOGA?

We combine laughter exercises with yoga breathing. We focus on diaphragmatic breathing (deep breathing) and drawing out the laughs. This draws more oxygen to the body and the brain which makes you feel more energetic and healthy. Laughter releases those positive endorphins in the brain and boosts your immune system.

Typically, when laughing at jokes, a person laughs for 4-5 seconds. Laughter Yoga participants are guided through a series laughter exercises based on everyday situations and are encouraged to keep up the laughter for 30 seconds plus.  This may seem a bit unusual and strange at first but after a 10 mins. first time laughers, begin to relax and really get into the session because they are beginning to feel more relaxed and are starting to have fun.  The yoga part of Laughter Yoga is the breathing. We do not perform yoga poses (asanas like in classical yoga) but we do practice yogic breathing (pranayama).

The body cannot differentiate between fake and real laughter if done with willingness. You get the same health benefits.  So don’t worry, “Fake it until you make it”. The real laughter will follow if you are open to trying this and just have fun with it.  However, to receive the maximum benefit from your practice, it is important to build up your daily laughter to 10-15 minutes of sustained laughter every day.  I will teach you some easy techniques on how to incorporate laughter into your life.

Laughter Yoga was created by a medical doctor, cardiologist Dr. Madan Kataria from India, with just five people in a Mumbai park in 1995. Today, there are more than 20’000 Laughter Yoga clubs in more than 115 countries throughout the world. This wellness movement has spread without the use of any paid advertising.  Skeptics are the ones who haven’t tried it yet or aren’t ready to experience it.

If you open yourself up to trying something new and unusual, with the goal of being more lighthearted, giving yourself permission to be more playful, you will soon unleash the power of your laughter. It really is a health phenomenon with only good side effects!

This year marks the 27th Anniversary and plans and construction are underway to open Laughter Yoga City outside of Mumbai, India.

You can find out more information about The International Laughter Yoga International
and Dr. Kataria via www.laughteryoga.org 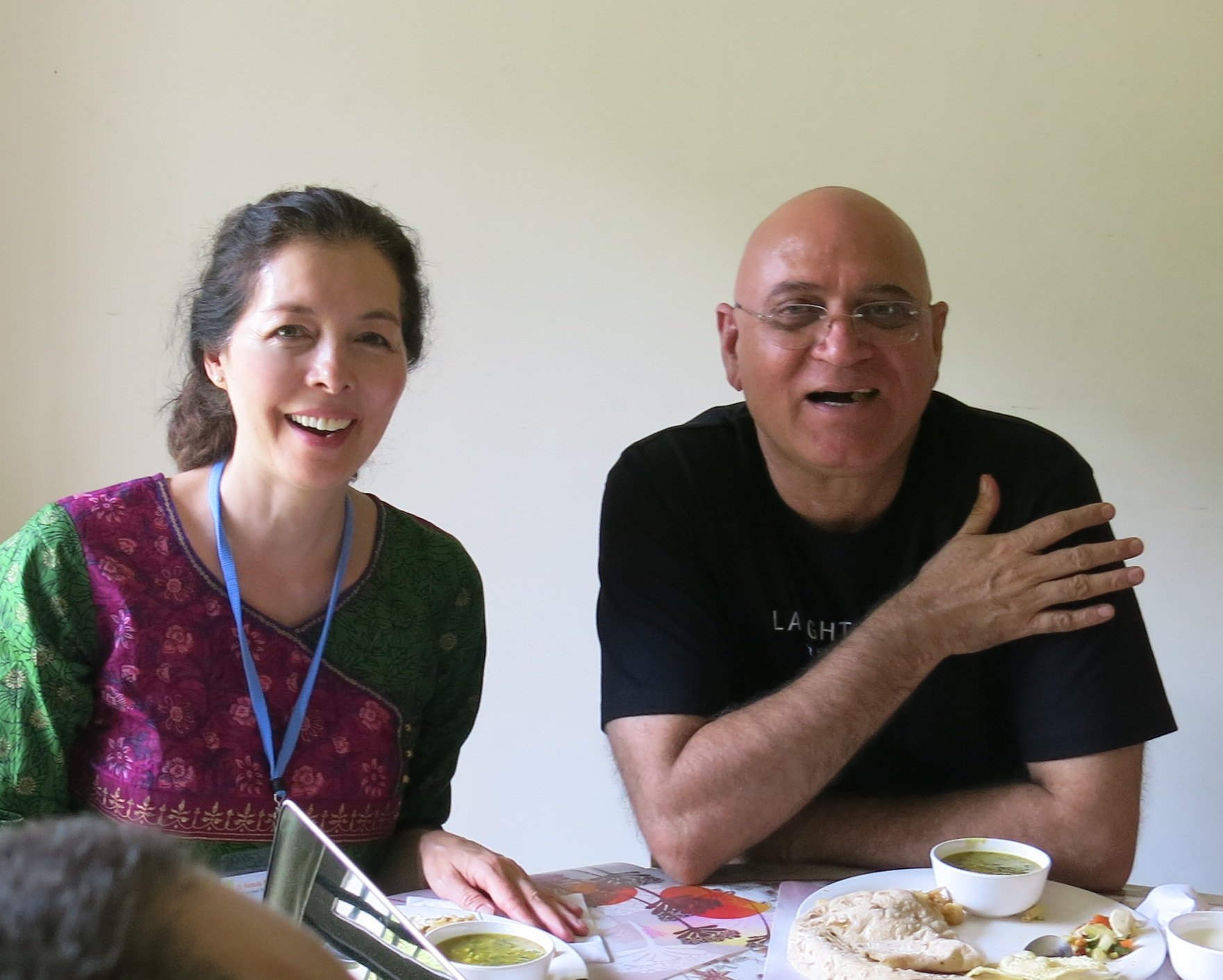 To learn more about the power of laughter, please watch this trailer of the hilarious and very interesting movie, Laughology. You can order a copy via amazon.com.

Laughter is contagious. Watch this wonderful short movie on laughing on the subway.

Posing with the oldest Women’s Laughter Yoga Club in Bangalore. They have been laughing together for 15 years, 6 days a week!

These ladies meet in the afternoon for an hour, rain or shine. It has become a wonderful social support group for them. Many of these  women’s children are living in foreign countries and so instead of staying home alone and being sad , these ladies  decided to  nourish and spread their laughter with their extended family at the Laughter Yoga club.

This website uses cookies to improve your experience while you navigate through the website. Out of these, the cookies that are categorized as necessary are stored on your browser as they are essential for the working of basic functionalities of the website. We also use third-party cookies that help us analyze and understand how you use this website. These cookies will be stored in your browser only with your consent. You also have the option to opt-out of these cookies. But opting out of some of these cookies may affect your browsing experience.
Necessary Always Enabled
Necessary cookies are absolutely essential for the website to function properly. This category only includes cookies that ensures basic functionalities and security features of the website. These cookies do not store any personal information.
Non-necessary
Any cookies that may not be particularly necessary for the website to function and is used specifically to collect user personal data via analytics, ads, other embedded contents are termed as non-necessary cookies. It is mandatory to procure user consent prior to running these cookies on your website.
SAVE & ACCEPT
Go to Top